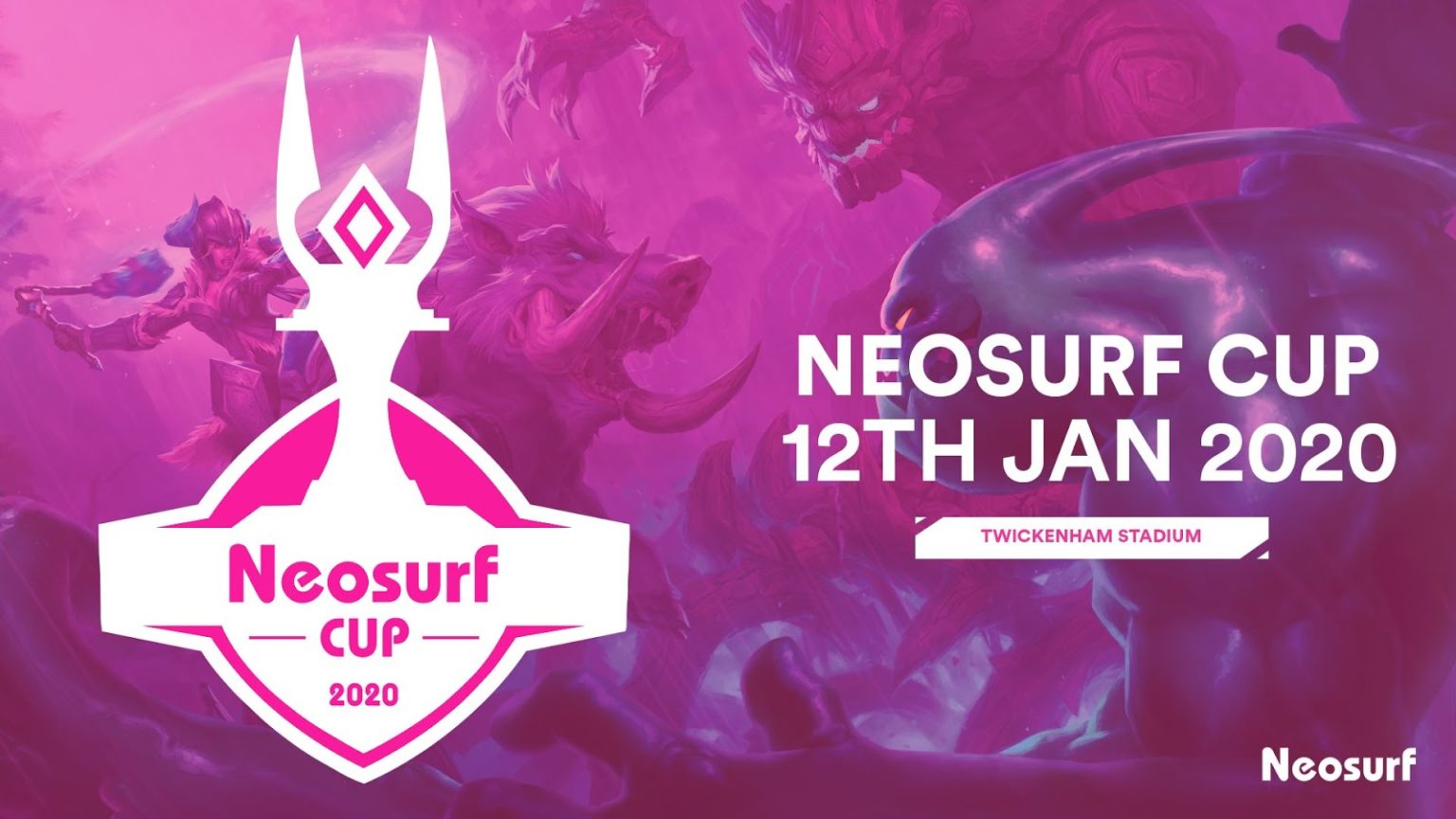 On January 12th, the Neosurf Cup was the first top-tier League of Legends match to be played in the United Kingdom since 2015.

The Neosurf Cup was a pre-season exhibition match between two LEC teams, Misfits Gaming and the host, Excel Esports. The match was held at the latter’s home, Twickenham Stadium, where its esports facility – aptly named XLHQ – is based.

The five-hundred-seater Live Room in the stadium was packed out by keen League of Legends fans who traveled from all over the UK, braving the typically-English weather. The community came together for a day of watching top-class League of Legends and a potential money-cannot-buy experience of playing with and against professional esports players.

The day started with community two-versus-two matches whereby selected pairs got a chance to play against two professional players from the two Neosurf-partnered teams in attendance; Excel Esports and LG Dire Wolves, a professional League of Legends team from Australia. Those impressive players from the community who were able to topple the pros were rewarded with £50 each in Neosurf vouchers.

The day culminated in a best-of-five series between Excel Esports and Misfits Gaming to determine who would be crowned the Neosurf Cup Champions. The talent hosting and casting the finals was made up of a world-class roster, including Eefje “sjokz” Depoortere, Frankie Ward, Aaron “Medic” Chamberlain, and Dan “Foxdrop” Wyatt. The talent team were supported by two analysts from the Dire Wolves team, Ben “Kai” Stewart and Ryan “Chippys” Short.

The matches were high-class and the crowd got what they wanted when it was all square at two games apiece after four games and we were headed to the fifth and final game. After more to and fro in the finale, the local community were ecstatic to see that Excel Esports had come out on top and were crowned the inaugural Neosurf Cup Champions. The Neosurf Cup MVP was awarded to Excel Esports’ captain, Marc Robert “Caedrel” Lamont, for some outstanding performances in the jungle throughout the series.

The event was a monumental success and was a great showing of what the UK esports community can do if given the attention it deserves. It is well known that the UK has a long history of making world class video games and possesses a thriving gaming community.

According to research done by the Association for UK Interactive Entertainment (UKIE) in 2018, the UK is the sixth largest video game market in terms of consumer revenues with approximately 37.3 million people playing video games across the nation.

The UK consumer spend on games was valued at a record £5.7 billion in 2018, up 10 percent from 2017’s £5.18 billion. The opportunities for the ever-growing UK games industry to capitalise on the exciting esports sub-sector has never been greater.

Neosurf is bullish on the UK gaming and esports markets and believe that working with Excel Esports, a top-tier UK-based esports entertainment brand, will help it have an authentic touch-point with the local community. Innovative activations like the Neosurf Cup are a fantastic showing of how brand partners can really add value to a community. The partnership between Neosurf and Excel Esports is only just getting started!